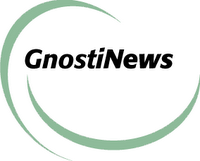 Less than 120 hours to go before the fun begins...

Question: Is it paranoid of me to think that this a part of a larger plan?

Prime Minister Nuri Kamal al-Maliki demanded the removal of American checkpoints from the streets of Baghdad on Tuesday, in what appeared to be his latest and boldest gambit in an increasingly tense struggle for more independence from his American protectors.

Mr. Maliki’s public declaration seemed at first to catch American commanders off guard. But by nightfall, American troops had abandoned all the positions in eastern and central Baghdad that they had set up last week with Iraqi forces as part of a search for a missing American soldier. The checkpoints had snarled traffic and disrupted daily life and commerce throughout the eastern part of the city.

The language of the declaration, which implied that Mr. Maliki had the power to command American forces, seemed to overstep his authority and to be aimed at placating his Shiite constituency.

He is, apparently, not asking permission for "overstepping" his authority and, at the same time, got American troops out of some of the more dangerous areas of Baghdad.

Could it be a carefully choreographed ploy to cut down on news of more dead troops prior to the MidTerms?

I don't know and, frankly, I don't care. As long as there are fewer deaths, it's a good thing.

It may be too late, anyway.

Nearly 70 percent of Americans said Mr. Bush did not have a plan to end the war, and an overwhelming 80 percent said Mr. Bush’s latest effort to rally public support for the conflict amounted to a change in language but not policy.

The poll underlined the extent to which the war has framed the midterm elections. Americans cited Iraq as the most important issue affecting their vote, and majorities of Republicans and Democrats said they wanted a change in the government’s approach to the war. Only 20 percent said they thought the United States was winning in Iraq, down from a high of 36 percent in January.

Apparently, there's something wrong with the thinking of one in five Americans...

I couldn't stop giggling when I started reading this:

Ah, autumn—a brisk snap in the air, the deep hues of trees changing colors …and Republicans telling you that black men are coming to have sex with your daughters.

All right, that isn’t completely accurate. Black men are coming to have sex with your daughters, Republicans warn, but gays are also going to turn you into one of them, and if we don’t act soon the halls of power will be crawling with sex perverts.

We’ve all heard about the ad directed against Senate candidate Harold Ford in Tennessee, in which a ditzy young woman squeals, “I met Harold Ford at the Playboy party!” and closes the ad with, “Harold, call me!”—and you know what they’ll be doing if he does. But that isn’t even the most racist ad that has been aired in that state, nor is the one that features thumping jungle drums every time Ford’s name is mentioned.

Read the rest and confirm what they won't say out loud but what you know, deep down, is as true as can be.

Have a good day, everyone.